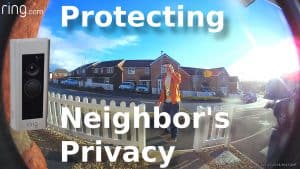 Ring cameras and Ring doorbells are great for crime prevention and parcel deliveries because they record in full HD and record audio. However this also means that they can be misused to invade neighbor’s privacy. As a result, this video explores some of the things you can do to protect your neighbor’s privacy when installing … Read more 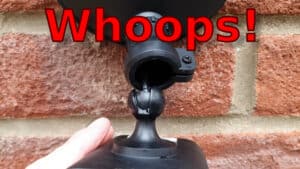 I recently purchased a Ring Floodlight Cam after it went on sale during Amazon Prime Day. I’d been really looking forward to this item, so when I ‘broke’ it by mistake during install – and when I read other people online say their cameras had the same issue – I was really disappointed. Thankfully I … Read more 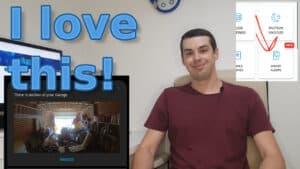 Ring have recently released a new feature called ‘smart alerts’ or ‘rich notifications’, which basically sends an image (snapshot capture) alongside any alerts it sends out. So if someone clicks your Ring doorbell, you’ll see an image of that person. If your Ring camera (and doorbell) detects motion, you’ll also see an image of the … Read more

The world of smart home technology has developed quickly and for the most part, it’s an exciting and positive change. Being able to control your smart home with ease, whilst checking in on video feeds when you’re out and about (or simply in another part of the house) has never been easier. It’s fun, convenient … Read more 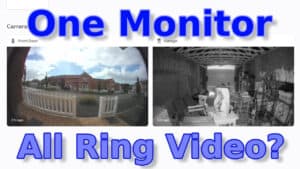 Professional grade security systems will allow you to watch all real-time (live) views of the camera feeds on a single PC/TV monitor. This got me wondering whether it’s possible to do this with Ring’s cameras (and doorbells) too? This video explains if it’s possible, and how to do it if so: Video Transcript Hey YouTube, … Read more 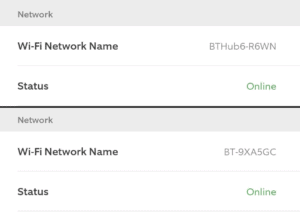 Ring produce a wide range of cameras and doorbells which can protect all parts of your property – inside and out. This is great, other than the fact that your house’s WiFi network may not reach far enough for all your Ring devices (especially outdoors ones) to reliably connect to it. In this case, are … Read more 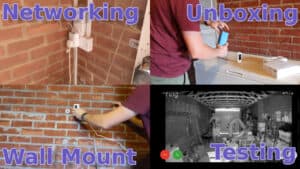 I recently bought a Ring Indoor Cam for £15 as part of an Amazon bundle deal, and I wanted to wall mount this in my garage to detect would-be burglars. However there’s one big flaw in my plan: I don’t have any internet in my garage. As a result, I wanted to shoot this full, … Read more

I recently purchased a Ring Indoor Cam for around $20 in an Amazon bundle, far cheaper than the outdoor Ring Stick Up Cam which is $99 when not in a sale, or still $40+ as part of a bundle/sale. The same is true of Nest: their indoor camera costs $129, compared to $199 for the … Read more

When it was first released, 5 GHz WiFi was advertised as being faster and sometimes ‘more reliable’ than 2.4 GHz WiFi. Whilst this is broadly true, many Ring and Nest devices still seem to only support 2.4 GHz WiFi. This got me wondering whether this can lead to worse connections for your smart devices, and … Read more 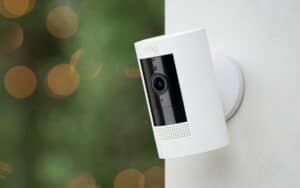 The Ring Stick Up Cam was first released at the end of 2015, and it has undergone various redesigns since then, along with being released as Solar Powered and ‘Elite’ (power over Ethernet) versions. But the Ring Indoor Cam – released towards the end of 2019 – seems to offer the same or more features, … Read more